WHICH WITCH paperback
The first three novellas of the Brittany Meyer series have been brought together in an exciting paperback. Get it today for yourself or as a gift for the fantasy readers in your life.

WHICH WITCH
When two teenage witches vie for the position of Queen Potential, their reckless rivalry puts them in the path of killer vampires.
​
Kindle    Audible
Read More

FAIRLY FAIRY
When a teenage witch’s life is threatened by the witch queen, she flees to a secret fairy refuge to find allies for a coup. But what if the elven queen is already aligned against her?​
​
​Kindle    Audible
Read More

REBEL RABBLE
When her aunt is taken hostage by the Witch Queen, a teenage witch raises an army of witches, fairies, and vampires to overthrow the tyrant.

SCHEMING DEMON
When her demon friend is hauled off to another dimension by a hellish monster, a teenage witch rides to the rescue on the back of a silver unicorn—and learns that interdimensional beings are not to be trifled with.
​​
​Kindle
Read More

TROLL CALL
When she learns that the giant trolls who live peacefully under the viaduct are being brutally murdered, a teenage witch must discover who else can see these invisible creatures and why they want them dead.
​
​Kindle
Read More

FORLORN UNICORN
When she learns that the late witch queen imprisoned her dissenters in another dimension, Brittany, a seventeen-year-old witch, must find a way to get to them before a sentient rainforest attacks the dungeon and kills them all.

ANGEL ANGST
When a young witch learns her birth father is an actual angel, she travels to a different dimension to confront him only to find he is more in need of saving than she is.
​Presale

THE AMAZING WOLF BOY
A nerd-turned-werewolf must call upon his untried superpowers to save his almost-girlfriend from a pack of crazed, bloodthirsty lycanthropes.
​A different take on the standard werewolf story...
​​An exciting and impressively-constructed werewolf tale for teenagers...

WEREWOLF ASYLUM
​A teenage werewolf enacts a dangerous ploy when a mad scientist threatens to harvest his supernatural powers.
Enchanting, sweet and an overall awesome read...
Everyone should be reading this series...
​

WOLFSBANE BREW
When a super-werewolf terrorizes his hometown, a teenage werewolf must dig deep to find courage enough to stand up to him.
The tapestry gets richer each time...
​​Thoroughly entertained through all three books...

WEREWOLF APOCALYPSE​
When a villainous lycan takes a young witch as a thrall, a teenage werewolf comes to her rescue and inadvertently leads his pack into the fight of their lives.
Snarky dialogue and excellent prose...
​Good for teens and good for adults...

THE BEAR, THE WEREWOLF, AND THE BLOGGER
A popular blogger's investigation puts a community into alert and forces a teen werewolf to outwit paranormal monster hunters.
Refreshing the werewolf genre...
A laughable, lovable romp...

THE AMAZING SUPER WOLF
When a mad scientist kidnaps him, a teenage werewolf must stretch his supernatural powers to their limits in order to save himself and the other werewolves trapped in her clutches.
A novel that reads like a movie...
An amazing conclusion to an exciting series... 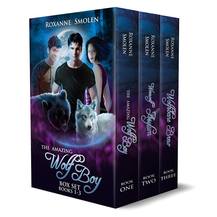 ALIEN WORLDS COLONIAL SCOUTS
When two competitive cadets are lost in a wormhole, they must learn to rely upon each other's strengths in order to get home.
A story about overcoming fears, preconceptions, and doubts...
Quickly grabbed my attention and sucked me in...

ALIEN JUNGLE COLONIAL SCOUTS
​When a fledgling Colonial Scout leads a rescue mission to a besieged colony, he must prove his worth not only to the colonists but to his own team.
A fun-filled adventure, I highly recommend...
​I recommend this book to anyone who likes a great adventure...

ALIEN SEAS COLONIAL SCOUTS
​A young Colonial Scout runs away from her mistakes and learns that forgiveness doesn't always start at home.
Keeps readers guessing until the very last moments of the story...
An extraordinary novel, suitable for adults as well as young adults...
​
Print    Kindle    Audible
Read More

ALIEN BEGINNINGS COLONIAL SCOUTS
​Follow the adventures of three teens as they travel to alien planets. Get this three-book box set.

SATAN'S MIRROR
When Satan kidnaps her six-year-old daughter, a vengeful mother battles the demons of hell to get her back.
A grand adventure with richly drawn characters...
A new and creative twist on Hell...

RESORT DEBAUCH
On an alien planet, a sixteen-year-old runaway is sold into prostitution by her newlywed husband and must commit unspeakable acts in her effort to find a way home.
An original and richly imagined world...
An engaging heroine who develops and grows...

RESORT DEBAUCH TRILOGY
​Read to the story's explosive end. Get all three books in one. 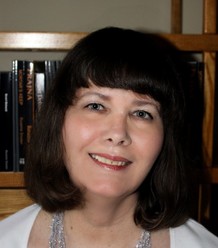 Hi! I'm Roxanne Smolen, author of Science Fiction and Urban Fantasy for Young Adults. My books are available in print and eBook, and some have been produced as audiobooks. If you're looking for fun-loving adventure, check them out. Follow me on the social media sites below.
Tweets by @roxannesmolen

This website uses marketing and tracking technologies. Opting out of this will opt you out of all cookies, except for those needed to run the website. Note that some products may not work as well without tracking cookies.